﻿Contact us today to find out more about Debert Business Park

Debert’s rich history is almost as old as the land itself. From an ancient occupation, to an important shipping corridor stop, a strategic military base and, finally, a centre for international business, Debert has always played an important role in not only the region but also the world. 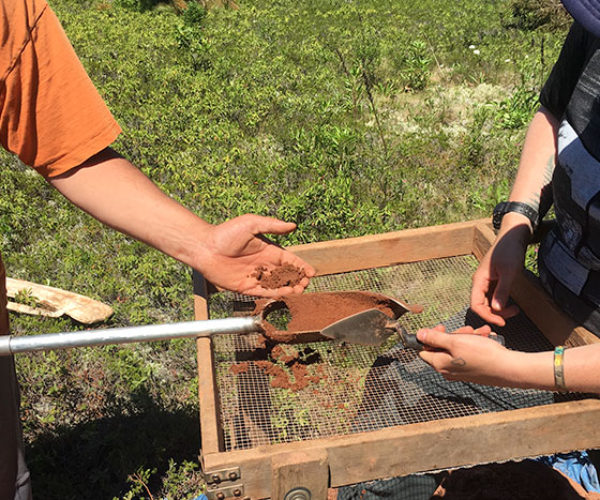 The Debert Palaeo-Indian National Historic Site is, today, the oldest known and best-recorded Palaeo-Indian site in Atlantic Canada and the most northerly within North America. It gives evidence of the earliest human occupation in eastern North America dating to 10,500-11,000 years ago. The Debert Palaeo-Indian archaeological site was discovered in 1948 by an agriculturalist working at the Department of Agriculture research station in Debert. The ancient inhabitants of Debert were the first people to live on the far north-eastern seaboard of North America. Excavations continue to be funded by the Municipality of Colchester at the site in Debert to protect and expand our knowledge about the people referred to as Saqiwe’k L’nuk in the Mi’kmaw language, meaning ancient people. These people occupied the land now called Nova Scotia between 11,000 and 9,000 before present (BP) during an interval referred to by archaeologists as the Palaeo period. The Saqiwe’k L’nuk are the ancestors of the present-day Mi’kmaq, and they play an important role in the history of Mi’kma’ki, the traditional unceded territory of the Mi’kmaw People.

In 2003, a 4.4 kilometre forest trail was developed to share the story of Mi’kmawey Debert. The Mi’kmawey Debert Interpretive Trail can be accessed from Plains Road in the Debert Business Park. The route is marked by illustrated panels about the ancestral sites. Guided tours for students and researchers take place from spring to fall each year and the trail is also open for self-guided use. Plans are well underway for the establishment of the Mi’kmawey Debert Cultural Centre connected to the Trail. The Centre’s Elders Advisory Council describes their vision for the facility as “a living place where ancestors roam and where the past and present are connected in our daily lives.” Click here to learn more about Mi’kmawey Debert.

From Defense to Business

Some say the military presence in Debert extends as far back as 1866, when men assembled in the area to train in order to defend the border against Fenian Raiders from the United States. However, Debert’s most significant role in the nation’s military history began in 1938, when the Department of National Defense (DND) acquired land in the community with the intention of constructing a Royal Canadian Air Force (RCAF) Flying Station, or aerodrome, which would eventually play a key role in the RCAF’s military programmes during World War II.

But Debert’s military significance didn’t end in 1945 along with World War II. Being a strategic location, a military presence was maintained, and in 1960 construction began in Camp Debert on an underground building that would serve as the Regional Emergency Government Headquarters (REGHQ), later known as the Staff-Receiver building. This construction was in response to Soviet nuclear threats to North America. The HQ contained 340 bed spaces (often called Diefenbunkers) for government personnel in the event of a nuclear attack. The Staff-Receiver building became operational in 1964 and housed the Provincial Warning Centre and 720 Communication Squadron.